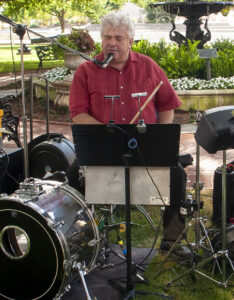 Midnight Express is led by musician, drummer, and vocalist Randy Holland. Randy performs music of all ages with his smooth voice, as well as his impersonations,  a number of artists including Conway Twitty, Elvis,
George Jones and more.

Randy was a two-time winner of “You Can Be A Star!” on the Nashville Network. His accomplishments include the hit single “We’ll Talk It Over” on the famous Hill Top Label out of Nashville,Tenn. and the “Razorback Boogie” which soared to #1 regionally when the University of Arkansas basketball team won the National Championship.

Randy made his singing debut on radio when he was four years old
also performed on his cousin’s T.V. show ” The Tommy Trent Show”
in the 60’s,  with his familys group “Variety Band”.

Randy’s ability to perform as Conway Twitty is incomparable. His moving voice and matchless style of delivery are so close to the original that Conway’s sister-in-law had to say, “It’s like hearing Conway sing one more time!” 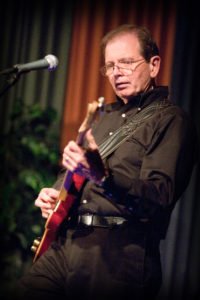 Rick has always had a passion for playing guitar. Playing club venues and an occasional recording session. One of his biggest thrills was playing with Buddy Emmons and Thumbs Carlille.

Performing with Larry Gatlin and Mike Huckabee was also an honor. Rick was also nominated for Arkansas Guitar Player of the Year in 2019. He says, “It’s a privilege to be a member of Midnight Express, with this group of talented musicians.” 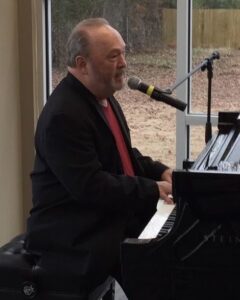 Larry started pecking out cords by listening to his older sister practice on the piano at the age of 4. He became the church pianist at the age of 6 at  “Little Bethal” Church in Olmsted, Arkansas. >> As teenagers Larry , Randy, and Rick were regular guest on the Tommy Trent Show & Tommy Trent Fun Barn Show. Larry remained first chair in the trumpet section all through high school. He was also in the All Star State band much to the amazement of his friends and family due to the fact he was practically unable to read music. He mostly played by ear. He went straight from High school to playing professionally, and toured all over the United States, as well as Canada. He played for 9 seasons at the Smokey Mountain Jubilee Music Show in Pigeon Forge, Tennessee, and returned back to his home town of Cabot, Arkansas in 1994 where he has remained playing different venues in Arkansas, Tn , and Mo.

His favorite venue is playing with his friends Randy, Rick, and Eric in the Midnight Express Band. If you were to ask what his passions are he would say God, his family, Country and Music. 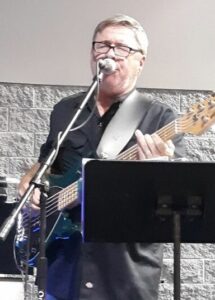 Eric started singing and playing guitar at age 16.  By 17, he was playing in bars and clubs in Helena, Memphis and the NW Mississippi area.  Eric has performed for three Presidents through the various bands he’s played in: Ronald Reagan, George Bush Sr. and Bill Clinton.  Then, it was a full time gig with Opryland Hotel’s House Band in Nashville.  Speaking of Nashville, Eric came in 2nd place in the 1992 Marlboro County Music Showdown in Nashville, TN & Billy Bobs Texas in Fort Worth. Other shows include: several tours of Calargy, Edmonton and Winnipeg Canada.  Opened shows for over 25 national acts including: Brooks & Dunn, Joe Diffey, Highway 101, David Allen Coe, Confederate Railroad, Pam Tillis and John Anderson.  Eric performed on stage with Johnny Lee, John Daly, Mike Reno of Loverboy, Hootie & The Blowfish, the late local legend Terry Rose, and many others.

Eric has been performing with Pulaski Heights UMC Contemporary Worship for the past 16 years.  He says, “Those services stream live every Sunday on Facebook and YouTube if you’d like to watch.” 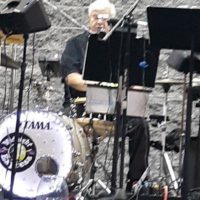 We had a great time performing in Branson, MO 2020.

END_OF_DOCUMENT_TOKEN_TO_BE_REPLACED

We're proud to announce that our Garland Harris was named "Steel/Dobro Player of the Year" at the 2019 Arkansas County Music Awards. Congratulations! 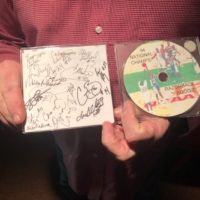